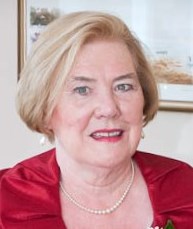 In this episode I talk to Janet MacDonald of Tobermory.

Janet is a well-known figure in the local community, having grown up in the town.

To many of the people of North Mull she’ll be long remembered as the Gaelic teacher at Tobermory High School.
Janet is also well known in Gaelic circles for her singing, and her involvement with both the local and national Mòd.
I spoke with Janet by the fireside at her home in Tobermory. Archie, Janet’s husband, was there with us, and he occasionally joins in with the conversation.

At one point there was a pitch invasion by a gentleman who I’m hoping to talk to soon – Mr Iain MacKinnon, who has plenty of stories about life on the island.

There’s a really nice local flavour to Janet’s memories, there are many people and places mentioned, some no longer with us. We talk about houses and the people who used to live in them, drawing a map in my head with both people and place.

One thought on “Episode 9 – Janet MacDonald”