In this episode I talk with Bill O’Neill of Ceann Cuin, near Penmore outside of Dervaig.   Born in Stirling within spitting distance of the castle, Bill grew up in the Raploch.
He was a soldier in Cypress and Libya, and on returning to the UK lived and worked in Sheffield, Stirling and then Sheffield again, before settling on Mull in 1989.

Bill and his wife Jackie live in the house he built with his own hands over the course of 8 years, without the aid of power tools.

We talk about his childhood in the Raploch, his years in service, working at Cruachan, and various driving jobs before we come on to his life on Mull towards the last third of the podcast.

It is at this point that I should make a declaration of interest, as Bill is my father in law and Grumpa to my son, Coll.

I had a few issues with my equipment during the recording, so I’m quite low in the mix. Which is probably quite a good thing. Also there’s a pitch invasion by Fingal, one of our cats, so there’s quite a lot of purring at one point, as he rubs himself against the microphone.

Some images from Bill:

Bill and his prozed possession 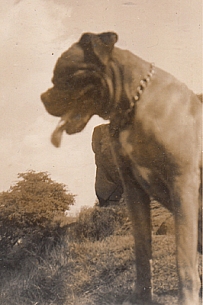 Champ, one of the first Boxer dogs in the country

The house that Bill built, without the aid of powertools

Bill at work as a soldier

Bill and his Mum at Blair Drummond

Bill and Jackie with their dog Hegsy at Ceann Cuin 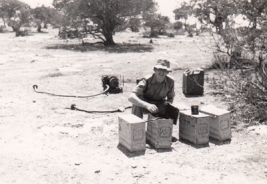 Bill at work with batteries

Bill in the Royal Signals 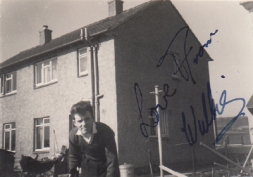 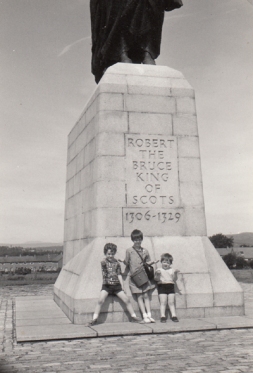 Sandy, Lorna and Georgia, Bill’s family
Thank you for listening!